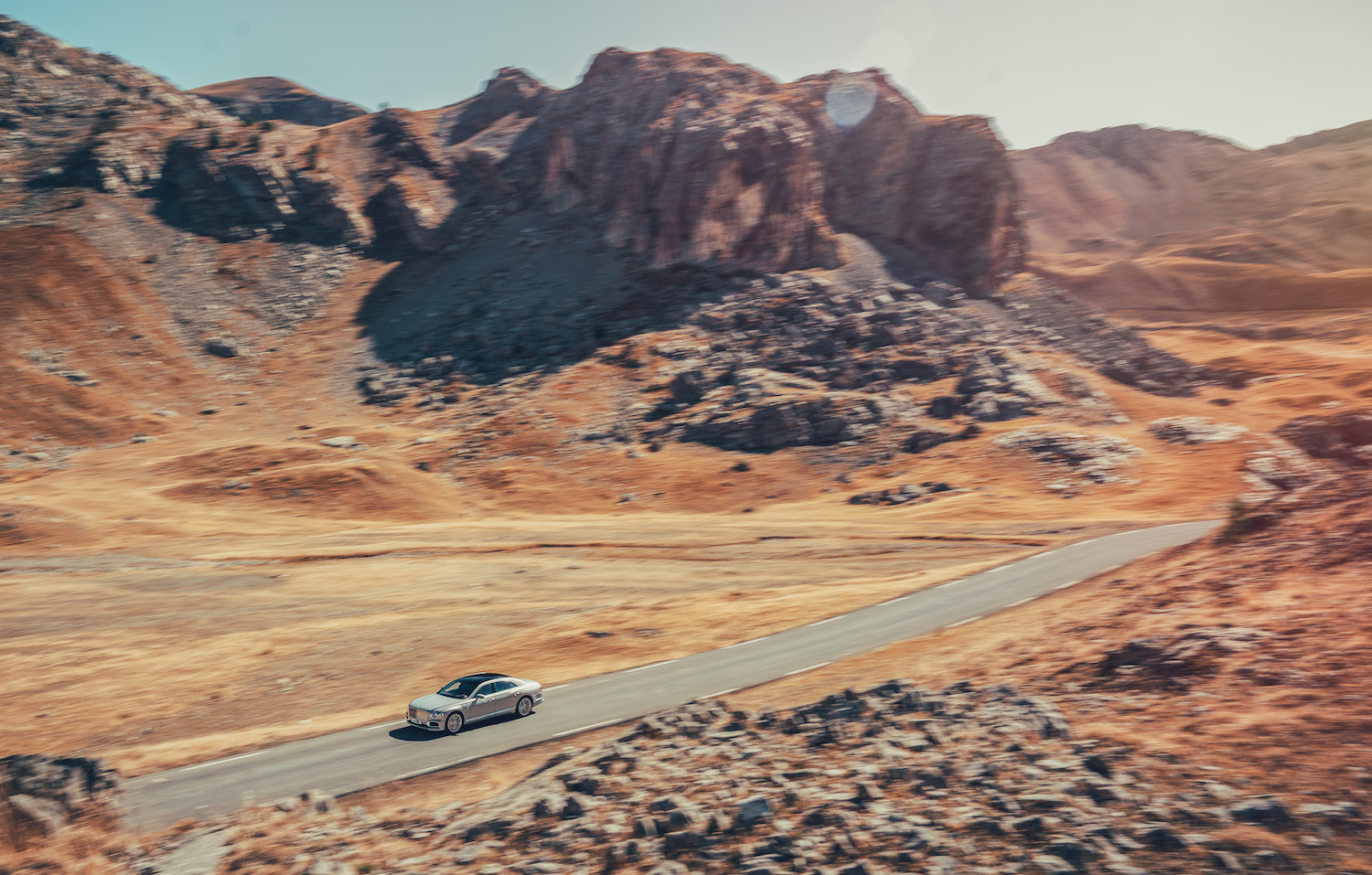 If you’re keen to feast your eyes on the all-new 2020 Bentley Flying Spur luxury saloon, you’re in luck. The model was officially unveiled on April 15th courtesy of Bentley Bangkok by AAS Auto Service, the official distributor of Bentley automobiles in Thailand, and is currently on view at the Bentley CTI Tower showroom on Ratchadapisek Road. David Jackson, Managing Director, Bentley Bangkok, talks to Prestige about the all-new Bentley Flying Spur.

The New Bentley Flying Spur Touches Down in Thailand
Pursuits

Is the 2020 Bentley Flying Spur a whole new design?

From the ground up, the car is completely new. Every panel and electrical component is new. The interior has been designed brand new as well. Unique features, such as the 3-D leather imprint on the door inlays – that’s completely unique to Bentley. This is where the ultimate performance of a coupe meets the ultimate luxury of a limousine. The car has a bit of a James Bond feel, with the rotating display panel and the retractable hood ornament.

Yes (laughs), you can play with it for hours. It adjusts to whatever mood you’re in. If you don’t want any technology you can just have the wooden inlay, or you can have the analog dials if you want to go old school. That’s designed to acknowledge the fact that Bentley was, in the past, not known as much for their cutting-edge technology. But now they’ve adapted, and possibly exceeded the rest of the competition. It also speaks to the fact that we can sometimes have an overkill of technology as well, so if you just want to get back to a more traditional style of motoring you can do that with the analog dials. Then, if you want to switch it up, press the button and the high-tech fascia comes back. What is the significance of the ‘Centenary Spec’ classification on this model?

This is a 2020 model, but it has the centenary specifications. Last year, 2019, was Bentley’s 100th anniversary [centenary year], and to commemorate that they produced the Centenary Specifications, which included inserts, trims on the wheel, trims on the interior, badging, and so on. So it was a unique specification for a unique period in Bentley’s history. It was only available for a year, but the Flying Spur was actually commissioned and built for press events in that year and so it was one of the very last cars to feature the centenary specifications.

Will the Flying Spur be available in large numbers in Thailand?

Because the demand is so high and the production is ramping up, the allocation of the car is very limited. But we are fighting for our customers to get as much allocation as we can. We brought this car to Thailand for the motor show, but obviously that’s been postponed, however we had orders in even before that. These were enquiry orders where customers just rang us up and said, ‘The car is so beautiful, I want it. When you get an allocation let me be the first to have it!’ Since it’s a new model launch it’s very rare, but that’s a good thing. It means it won’t be seen everywhere and that adds to its exclusivity. What are the special features of the W12 engine?

The cylinders are set in a “W” configuration, which allows greater power and torque. The W12 is a more sophisticated, serene, and powerful drive. A V8 is sporty and dynamic and urgent, whereas a W12 is opulent and grandiose. You rarely need that level of power, but if you want it you know it’s there. And when you do open the car up it just keeps getting more and more powerful as the torque kicks in. These engines produce about 900 meters of torque, which is one of, if not the most powerful engines. What is the significance of the name ‘Flying Spur’?

The ‘Flying Spur’ was a name associated with H.J. Mulliner, which was, in the early 20th century, the coachwork department division of Bentley. And the spur, from the boot of a Medieval suit of armour, is actually featured on the coat of arms of the family Mulliner. H.J. Mulliner is a company that’s hundreds of years old, dating back to when they used to produce stagecoaches for the Royal Mail in England. And then, over the years, this developed into car production. Mulliner were bought by Bentley in the 1930s and have been assimilated into the business since then. They are our bespoke division right now. So it was thought to be a nice tribute to Mulliner to call this car the ‘Flying Spur’, meaning you are ‘swift of foot’. There’s a lot of history in these automobiles.

To find out more, visit bentleymotors.com.

Bentley qa Interviews Prestige Conversations
Sign up to get the latest luxury and lifestyle news delivered to your inbox.

As the Lifestyle Editor for Prestige Magazine Thailand, Canadian-born Bruce Scott keeps a close eye on what’s trending both in Bangkok and beyond. He enjoys live music, documentary films, and dinners with fancy wine pairings. When not hard at work keeping up with the latest restaurant and bar openings in town you’ll probably find him at the beach, most likely lying in a hammock with headphones on.

Michelle Obama Launches a New Reading Series With ‘The Gruffalo’

Behind the Success of Samuel Chan’s Education Consultancy